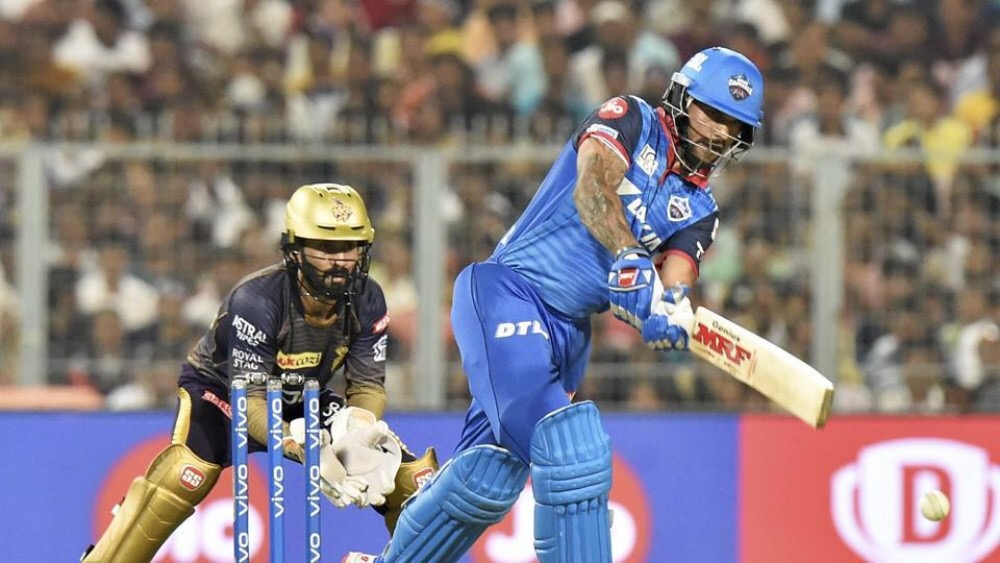 1. Delhi Capitals won the toss and elected field first. Delhi Capitals played with 3 fast bowlers and 2 All-rounders and Rahul Tewatia in the spin department.KKR played with 2 fast bowlers, 2 spinners and 2 All-rounders. Eden Garden wicket looked like a batting paradise. Delhi won the toss and put KKR in to bat. KKR playing at home were hard done by injuries to Chriss Lynn and Sunil Narine so that made way for Joe Denly to debut in the IPL but it did not last too long as he got out on the first ball on the innings to a veteran Ishant Sharma.  KKR were rocked back but the promotion of Shubman Gill helped KKR to steady the ship with Robin Uthappa. After the part.nership was broken, KKR never really got their innings going they kept losing the wickets and there was no real partnership in the middle overs apart from Dre Russell muscling to his 45 of 21 balls.

2. Delhi Capitals got their plans worked out for the KKR batters. They kept bowling wicket to wicket and Ishant Sharma bowled a terrific spell of  4 overs where he just conceded 21 runs in the process. But the main turning point was getting Andre Russel out in the 19th over. We all know how deadly he can be even if he plays 8 balls. Chris Morris bowled a wide yorker a Russell Sliced it over point only to find the fielder in the deep point. That summed up KKR innings. They were restricted to 178 on 20 overs.

3. Delhi came out to bat. Chasing 179, DC got off to a great start scoring 32 runs in the first 3 overs. Shikhar Dhawan and Prithvi Shaw got off to a decent start only to Shaw edging Prasidh Krishna’s straight delivery to the keeper. A key moment in the game was Shikhar Dhawan’s caught behind appeal. Krishna bowled an inswinger to Dhawan which went through his inside edge and DK caught the ball big appeal for the caught behind but the umpire gave it Not Out. There was a definite noise when it passed the bat. KKR went for a review and Snicko had a disturbance in the meter but the benefit of the doubt went to Dhawan as it was kissing his trousers on the way as well.

4. KKR couldn’t produce any partnership in the middle overs but Delhi learned from the mistakes what KKR did. They lost Shreyas Iyer in pretty quick time but Rishabh Pant and Shikhar Dhawan kept their nerves and their partnership was crucial to Delhi capitals. Delhi had the issues before in their batting collapse but this time experience of Shikhar Dhawan had them sorted. The duo stitched 105 runs together and they reached the ta.rget closer.

5. The biggest plus for Delhi Capitals is the form of Shikhar Dhawan. He looked in good touch in the first few games but never really got going but this game he kept playing his shots and everything was butter from his bat. He went on to score 97* missed his century by merry 3 runs but nevertheless win for the team is what really matters.

Delhi is definitely back in contention to be in the top 4 this year. Will they go on to hold it after 14 games? Only time will tell.

Virat Kohli – “I am happy with Vijay Shankar, he gives us 3-Dimensional options”.