Ballon D’or winner 2010 and winner in 2018. Recognition beyond Messi and Ronaldo

Luka Modric won the 3rd successive champions league with Real Madrid and finished as the runner-up in the recently concluded Fifa world cup 2018. Did Luka Modric really deserved to be the winner?.

Let me take you back to the year 2010 when Lionel Messi won the Ballon d’Or. Lionel Messi scored astonishing 60 goals in that season as a 23-year-old. For a 23-year-old to score that many goals in the elite leagues are quite stunning. But, what did he win as trophies? La Liga, UEFA super cup, FIFA club world cup, and Supercopa de Espana. Barcelona was eliminated in the semi-final of the champions league by Inter Milan and Argentina was eliminated from the world cup in the quarterfinals.

The same season, Inter Milan won the treble. Inter Milan managed by Jose Mourinho in 2009-10 season went on to win the Scudetto, the Coppa Italia and the UEFA Champions League and everything in the same year and there was one man who led them to these titles was Netherland’s Wesley Benjamin Sneijder.

Real Madrid left Wesley Sneijder to join Inter Milan in 2009-10 as they were succeeded in pursuit of getting Kaka. Wesley Sneijder Joined AC Milan in 2009-10 for a fee of €15 million.
Then, coach, Jose Mourinho did the unthinkable as the Nerazzurri went on to win the treble that season including the coveted champions league. Sneider let the attack going ahead for Inter with the likes of Samuel Eto, Milito and Stankovic. He was not the leading scorer for the Nerazzurri ‘s but he was instrumental in the heart of the midfield where his range of passing helped to unlock the defenses like Barcelona. He scored 8 goals in that season and all the goals came at a crucial time for Inter Milan. He scored against CSKA Moscow away from home in a crucial tie, he scored against Barcelona to equalize in the early stages of the game which they eventually won by 3-1 in the first leg. He is a classic number 10 and he set up the 2 goals in the final against the mighty Bayern Munich in Santiago Bernabeu where Real Madrid sold him the same year. This was his journey for the club.

Next up, world cup 2010. netherlands qualified for the world cup with 100% track record and also the first team to do that. Schneider did not get any goals during the course but he was as usual instrumental in the midfield with van Persie, Robben going ahead as attackers. Now comes the world cup, Scneijder scored all-important goals in the group stages where he netted against Slovakia and Japan which eventually went on to be the winning goals. In the quarterfinals against Brazil, he scored both the goals (1st goal was from the cross where it brushed Felipe Melo’s head and in the net) and it was against whom? Then, number 1 side in the world and world beater Brazil. Next up, Uruguay in the semi-final and guess who scores Sneijder on the scoresheet again and his 5th of the tournament.

The Netherlands has been undefeated since September 2008 (including not a single defeat or draw till the World Cup finals), and Sneijder was pretty instrumental in keeping the unbeaten record intact. He had now scored 7 goals (5 in World Cup + 2 in pre-World Cup friendlies) in 9 games so far for the Oranje. In the final, Spain beat Netherland by 1-0 Andreas Iniesta scoring the goal in the 116th minute to seal the world cup.

So, the performances that he put in for both club and countries during the 2009-10 season was phenomenal and he deserved to be on the list of the best footballers of the year awards list. But, he finished 4th in that season’s award for the best footballer. Lionel Messi won the award followed by Xavi and Iniesta. Even after winning the treble and being the world cup finalist. He had the season of his life and maybe a dream for every footballer to finish the season with treble and being in the finals of the world cup and he lived that dream but the icing on the cake would be an award of the best footballer Ballon d’Or. He couldn’t have done anything better.

From 2010 to 2017 the best footballer awards were shared between Cristiano Ronaldo and Lionel Messi and Luka Modric this year breaks the streak by winning it. Are people in 2018 started to think that football is not just Messi and Ronaldo and there are other players who are definitely making things happen on the field and win trophies? 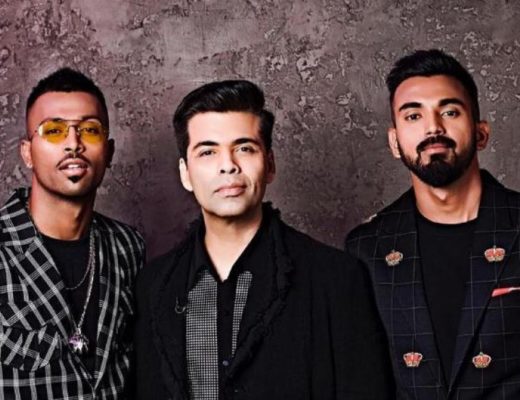