Things that doesn’t kill you makes you stronger!! That’s the only phrase which I remember in the current situation.

10 years after gruesome terrorist attacks in Mumbai few people who have experienced the attacks are still recovering and some are in our memories and in our hearts forever.

We are reliving the journey of a young 15-year-old Dhaval Waghela who lost his father in the same attack. Dhaval’s father Thakur Waghela, an employee at Gokuldas Tejpal hospital in south Mumbai. Circumstances of his death will be remembered by millions of people who are aware of it. He gave water to Ajmal Kasab on the night of the attack when the 2 gunmen rushed into his home located in the lane leading to the Cama Hospital.

Dhaval and his family still remembers the incident and burst into tears. But this did not stop the family from going ahead in life. After his father’s death, his mom went into depression. Her family was left with no financial support. One man, who was carrying his family was no more and this affected her with the mental health of depression.

Willpower is the greatest strength of a human and there is no better example than Dhaval’s family. Dhaval aspires to be a cricketer. He is just 15 years old. He is an opening batsman who can bowl. He has played in Harris shield inter-school tournament which is held in Mumbai and people who have been part of this tournament have also been part of the Indian squad although not everyone but few of them. He has the highest score of 86.

He says “ I went to the school where cricket was a major sport in that school. I went to the selection secretly and even got selected. My mother is still worried about what if, I get injured and other things but my coach took my mothers’ number and spoke to her and finally she was convinced. All the players who come in for practice and their fathers put some throw downs (bowling) and I don’t get that privilege and I also see that they argue with them but they don’t realize what it feels like without the father. Although I remember my dad at night and cry, next day morning in the practice I give my 100% and my focus is all on the practice. I have a goal to play for India and that’s my biggest ambition in life. Cricket can give me a name and I can take care of my family and they are my biggest strength.” He idolizes Hardik Pandya and he wants to be like him.

There can be a lot of ups, downs, tragedies but what you can do with it is what matters. Dhaval, you will be a role model for many and an inspiration for the generations to come

This is what Hardik Pandya’s

Instagram post says” “I met Dhaval Waghela – a talented young cricketer – who lost his father in the #MumbaiTerrorAttack when he was just 7. And he told me his inspiring story that will always stick with me. Let’s remember all courageous men and women who sacrificed their lives in the service of others 🙏” 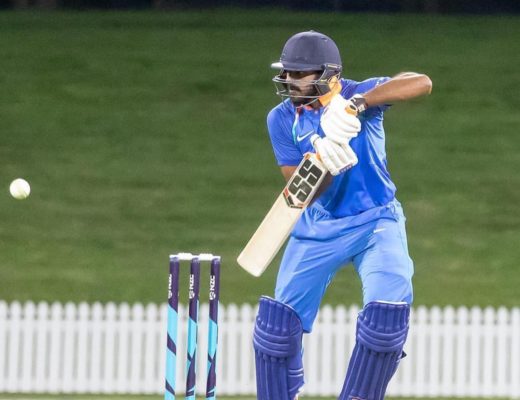