As a typical Indian kid of the 90s, Cricket was my first love. Cricket was on television, on the radio, in our classrooms, our colony gardens, in short, everywhere. My father often excused me from homework on matchdays, much to mom’s ire, just so I could give him company watching the game. Most of my early cricketing lessons came from my father. More than my genuine love for the game, I played it more often because I got friends to play Cricket with.

As I grew older, although my love for Cricket never declined, I started liking other sports in school too. Being just a bit bigger than the average kids in my school, I won quite a few medals at Kabaddi, Javelin Throw and Shot Put (pretty much all games where I could out-muscle my classmates). My school, like most schools in cities, was cramped in a busy neighborhood and hardly had any room to play Cricket. Every time I hit a six, someone had to jump over a few walls to fetch the ball. That’s when one of my friends suggested we played football. We were told the basic aim was to kick the ball between the two bricks kept upright on the opposite end. No boundaries, no referees, no fouls, no offside! In a matter of a couple of weeks, everyone loved the game. We got more kids to play football now although none of us could name a single professional footballer, nor did we know who won the last FIFA World Cup.

All that changed when, for the first time, I saw a football match on TV. Manchester United v/s AS Roma, 10th April 2007, Old Trafford. Michael Carrick opened his Champions League account, Alan Smith slotted in the second and when Wayne Rooney put that 3rd goal past a hapless Doni, a voice erupted. Clive Tyldesley’s famous words “Magical Manchester United” reverberated through the night. I had my first crush. Wayne Rooney and Manchester United were special to me now. I dug up the internet, read whatever I could about Manchester United, the history, the titles, and the rivalries. Next season’s Champions League Final in Moscow, John Terry slipped. United completed a European double and their style & flair had earned another faithful in me. I’ve never looked back since.

Fast forward to 2015; I’m doing my masters, a few thousand miles away from home. A friend who’s now working in Bengaluru randomly calls me on a weekend. After a few formal pleasantries and cusses exchanged, she tells me about a new club from our state. Largely ignorant about the Indian football scene, I barrage her with questions. She calmly tells me all about a team called Bengaluru FC in the I-League. Now I just know that I have to check for another set of scores every weekend. Weeks pass by and Bengaluru FC is in a battle for the championship. My interest keeps growing. I call my friend on a weekend and I tell her about my plans of visiting India in May of that year. Her first condition is laid, “If we’re going to meet, the venue will be Kanteerava stadium on a BFC matchday”. I liked the idea. We zeroed in on 31st May 2015. Mohun Bagan is visiting Kanteerava with a 2-point lead on the final gameweek. The title decider is upon us and a victory is indispensable.

We got a picture with our mascot!

I get into West Block and quickly realize I haven’t done my homework – no chants, no songs, not even a blue t-shirt. What was I thinking!! I’m just trying to fit myself in with the large and raucous contingent. The players haven’t even come out for warm-ups yet and the stadium is already buzzing. The singing and dancing are covered in blue smokes amidst the red skies; Picturesque. I pinch myself to see if I’m really in an Indian stadium for a game of football. Out come the players, the decibel levels rise. Almost every player has a chant dedicated to him. As the chant gets louder, he comes to us, claps in appreciation, goes back to warm up. This happens for the next 10-15 minutes as every player comes and acknowledges the support.

The game finally begins and I’m told Sunil Chhetri is left out in favor of a pacy kid called Udanta. “That’s ballsy by the Gaffer” I said to my friend. BFC started the game livelier of the two teams and created a couple of good opportunities. The crowd is so engrossed and vocal that I want to keep a souvenir for myself. I take my phone out to get some pictures and I see a thousand hands go up in unison and then land on their heads with a collective “Ooooooh!”, I must’ve missed something. I decide the best way to keep this memory is to live it. I put my phone away and just as I looked up, John Johnson leaps high in the air and nods it home for the lead. The capacity crowd has gone ballistic. The stadium is bouncing, the sound is deafening and the players run towards us and celebrate the goal with their fans. The party has just begun. John Johnson, on to the other end, makes a fantastic save to deny Mohun Bagan an equalizer just before the half-time whistle. First half ends BFC 1-0 MB. Some rest now, I thought. How foolish of a newbie. The fans are in no mood to sit down even for a few minutes.

Players come out refreshed for the second half and the fans haven’t stopped for a minute in anticipation of keeping the lead and lifting that trophy. Mohun Bagan started the second half strong. A few good attacks but we held our fort. The clock ticks on and the BFC fans sense the title tilting in our favor. Mohun Bagan is growing restless; a couple of reckless tackles and the referee is keen to keep the game going. BFC fans let the referee know exactly what they think of him! We’re 4 minutes plus stoppage time away from the title. Disaster strikes. Norde’s free kick is headed into the net by Rasaq to score the elusive equalizer. The stadium is shell-shocked except for a few Bagan fans ruffling their banners on the opposite side of the field.

The meek voices slowly rise and a few more join in. This is the time, to show what it truly means to be a fan. At the West Block, fans realize they now have a task at hand. The drums are beaten harder, the chants get louder, and not a single soul has given up on BFC yet. The players are giving it every last ounce of strength and courage in those tiring bodies. They create a couple of impressive chances but the ball just wouldn’t go in. The referee has blown the FT whistle. Men in white come together in celebration while the men in blue just collapse in their positions on the field. It takes an eternity to soak in what has just transpired. The fans are just as dejected as the players are but they have to lead the way to recovery. The West Block Blues come in unison for the final time that season and sing “Hum honge kamyaab, hum honge kamyaab, ek din” at the top of their voices. The blue bodies on the field slowly get back up and head straight to us, almost apologetically. The rain is helping them hide their tears. They applaud the support of the fans and the fans reciprocate the appreciation.

BFC couldn’t have asked for a better player to lead the new club than Sunil Chhetri. Captain. Leader. Legend.

One night, hardly two hours, and I had so many emotions running through me. Coming into the stadium, I imagined a night of fun and games. Although that was the case for the majority of the game, last 10 minutes of the game moved me in more ways than I could’ve imagined. Sharing a team’s victory as our own is common but sharing the bitterness of a close defeat and leaving empty-handed with a promise to return unchanged is what makes this club more special. From a boy almost ignorant about Indian football, I changed to a BFC Fan for life in a matter of a couple of hours. The memories of that magical rain-soaked night at the Kanteerava will go with me to my grave. 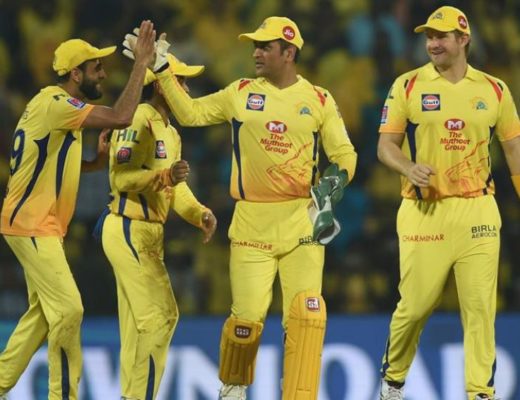 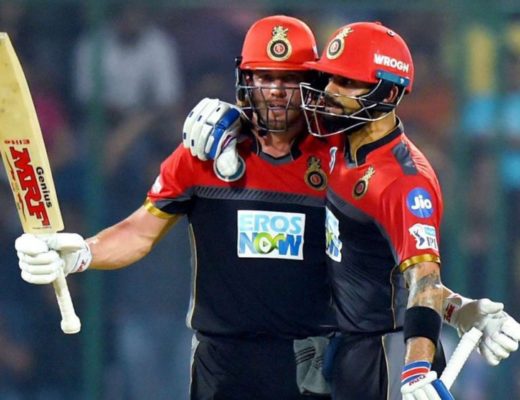