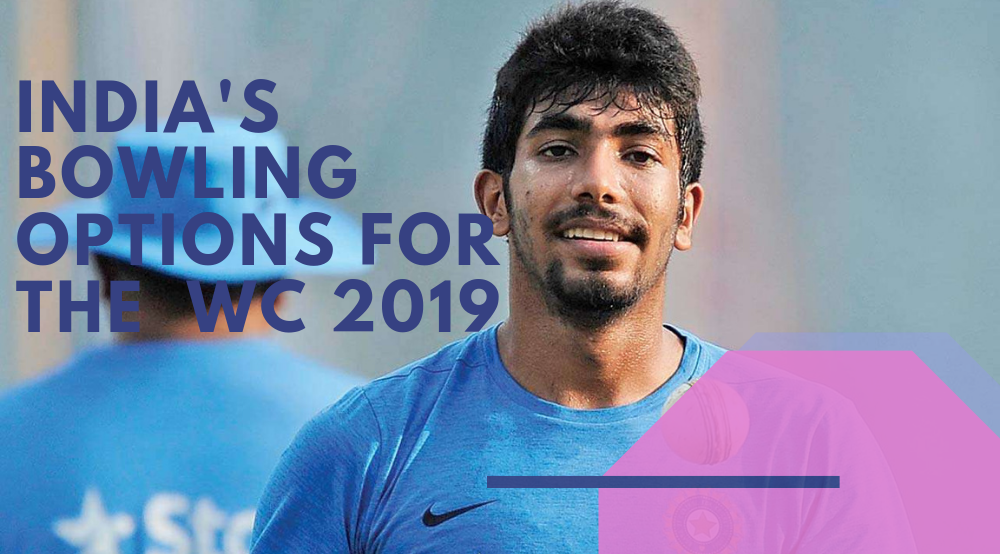 With the Mega Event of Cricket World Cup Starting from the 30th of May, the BCCI has decided that it will be announcing the Indian team for this world cup on Monday the 15th of April. The entire nation awaits as to who will make it to the 15 players who will represent India at the world cup. Virat Kohli the Indian captain said before the IPL that except for one or two positions the team is already decided, and the IPL performances would not have any effect on the selection of the Indian team. But with a lot of promising youngsters stepping up the performance levels in the IPL it is to be seen if those performance are strong enough to change the selectors minds.

With India having some of the worlds best bowlers it will be interesting to look out for the number of bowlers that are selected and the number of all rounders who will be assisting these bowlers. Lets have a look as to who might make it to the 15 of the Indian team that will travel to England to represent more than a Billion people of India.

The number one bowler in the world in the ODI format will definitely be the 1st bowler to make it to the Indian team. He has a variety of deliveries with which he has become a major threat to every batsman around the globe. His Yorkers are a nightmare to every batsman as he executes perfectly every time he wants to. It is a special skill which he has learnt from his master Lasith Malinga who himself is known for his Yorkers. He is an exceptional bowler in the death overs, and he is known for his low economy in the last 10 overs. He is as lethal with the New ball as he is with in the last few overs of the game. The biggest plus point is he is in an amazing run of form currently and will definitely want to carry that form over to the World Cup. With an economy of 4.51 and the bowling average of 21.9 one can get to know why he is the number one bowler in the world.

Bhuvneshwar Kumar has been one of the best swing bowlers that has represented India. The fast bowler from UP know how to swing the ball both ways. He is very well known for his swing bowling as he gasps most of his wickets through this lethal weapon of his. He is known to trouble a lot of Batsman in the initial overs with the new ball. He is as good a death bowler as he is in the initial overs. He along with Bumrah have won India many a games and their partnership has saved a huge amount of runs from being scored. He has an excellent cricketing Brain and knows how to bowl in different situations of the match. He is a handy batsman as well who has scored some very useful runs for India. With an economy of 5.01 in the ODi’s and over 100 wickets, it is almost certain for him to make it to the 15.

Mohammad Shami is another fast bowler who has been in good run of form lately. He consistently bowls over 85mph. He is known for his reverse swing and can be very helpful in the final overs with the old ball. He became the fastest Indian bowler to reach the 100-wicket mark in the month of Jan this year. He picked up 17 wickets in the previous edition of the world cup in the year 2015 with a staggering average of just over 17 and an economy of 4.8. It is almost evident that he knows the tournament very well and will bring experience to the table. With an average of around 26 and economy of 5.5 he will definitely have a strong case in front of the selectors.

The mystery left arm chinaman wreaked havoc in the minds of the batsman when he was introduced to the international arena. The batsman found it almost impossible to read him and would often misjudge him. He is currently ranked 7th in the ODI format. It is a huge achievement for a young spinner to rise though the ranks in such a quick pace. He became in third Indian bowler to bag a hat-trick in ODI after Chetan Sharma and Kapil Dev. He has an exceptional economy of 4.8 and keeps picking up wickets for fun. He has a five-wicket haul in all three formats of the game. With such a talent in the Indian ranks it makes him a certain candidate to make it to the Indian team.

He is another Right arm leggie who rose though the ranks. He is a formal national level chess player which also means he is a master tactician. He is known for his confidence in tossing up the ball even after being hit for six on the previous ball. He along with Kuldeep Yadav have an amazing co-ordination and they make sure they half the opposition when the have the ball in their hands, both of them have won a number of matches for India. He is currently ranked 8th in the ODI rankings. With an economy of 4.9 and an average of 24.6 in the ODi’s he will most certainly be making it to the 15.

The world is wary of the hard-hitting batsman known as Hardik Pandya. He is also a very useful bowler who consistently clocks 135 kmph. He has performed consistently well for the Indian team with the ball. He has picked up 44 wickets in 45 matches for India. He has decent economy as well. With a batsman who can bowl the 10 overs as India’s 5th bowler, he definitely has a strong case to present in front of the selectors.

He is another batting all rounder who bowls decent medium pace. He has been in an amazing run of form in the absence of Hardik Pandya and is known for his decent bowling skills. With another batsman who can ball medium pace in the Pace friendly tracks in England the selectors will definitely look to include him in the Indian team.

Ravindra Jadeja is another experienced slow left arm bowler who has already represented India in the 2015 edition of the Cricket world cup. Jadeja was ranked the number one bowler in the ICC ODI rankings in 2013. He has taken 174 wickets in the 151 matches he has played for India in ODI’s. He took 9 wickets in the 8 games he played in the 2015 world cup. He is known to complete an over in less than two minutes which give very less time for the batsman to think. He will be another strong contender to be picked up for the Indian team.

Kedar Jadhav is known for his unorthodox bowling. He is another batsman who can definitely pull of some overs in between for India and promises a decent spell every time he is handed the ball. He has already picked up 27 wickets in the few matches that he has bowled. He has a decent economy of 5.15. With a match winning batsman who can bowl overs for India in the middle overs, Kedar Jadhav is another strong contender to make it to the Indian team.

Bowlers having an outside chance of making it to the 15.

Saini is a promising young cricketer who represents Delhi in the domestic format and Royal Challengers of Bangalore in the IPL. He is yet to represent India in the ODI’s but that does not leave him out of the selector’s minds. He has blistering pace and consistently clocks over a 145 kmph and his speed’s reach up to 153 kmph. He has a very good bouncer and he has been in a good run of form in the domestic cricket. He has already picked up 4 wickets with a decent economy in this year’s IPL. With the pace and execution, the young boy has he will definitely be the talk of the town in the years to come and would make it to the selectors mind for the World cup squad.

Umesh Yadav is another bowler who brings in experience to the table. He has already represented India the World Cup 2015 and picked up 18 wickets in the tournament, he was the highest wicket taker for India and the third highest in the tournament. With more than 100 wickets for India in the 50 over format, he might get another chance to represent India in the world cup.

With So many Bowling options for India, it remains to be seen as to who will be making it to the 15 members of the Indian Cricket team for the World Cup 2019 and what will be the combination of bowlers that India will use. 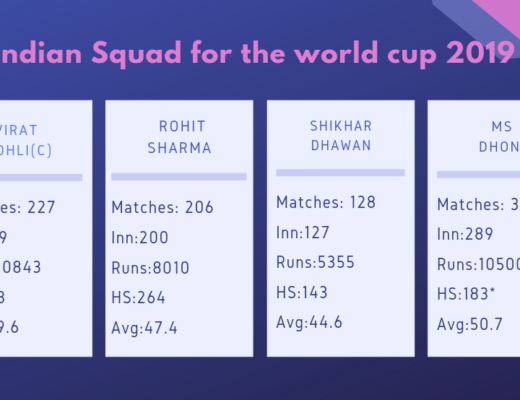